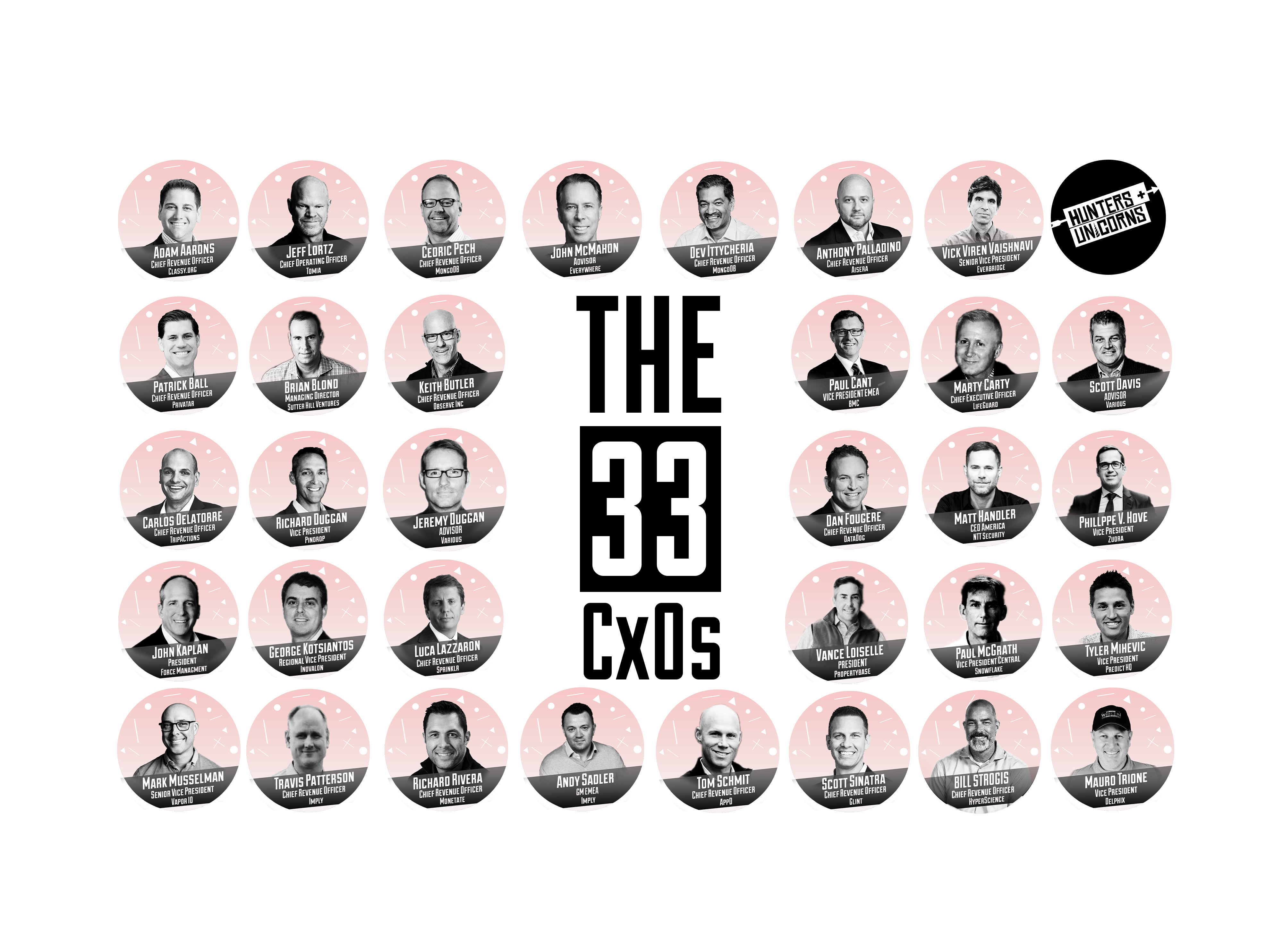 BladeLogic was a modest acquisition by BMC in ‘08 which has changed the software industry as we know it. Thirty-three of its sales executives now find themselves in leadership positions among the 100 fastest growing software companies.

These 33 CxOs have raised over $22bn in VC funding and contribute to 4% of the software turnover globally. They have helped 26 unicorns, 8 decacorns and the organisations that they lead have a combined valuation of $230bn. But what is the key? How are they able to achieve repeatable success, at such speed and scale?

“The probability of their success is statistically impossible” – Brian Blond

The BMC acquisition of BladeLogic

In 2008 BladeLogic was acquired by BMC for $800m. The sales team of around 100 individuals were flown into Opryland Hotel in Nashville, for the BMC sales kick-off the week after the announcement. The then sales leader of BladeLogic, John McMahon, was invited to speak on stage. His aura captivated the room and left a profound impression on the thousands in attendance. Six weeks later, John was unveiled as the new sales leader for BMC and took to work in transforming the entire sales culture within this sleeping giant. He swiftly appointed his generals in key positions. BMC may have thought it bought BladeLogic to add to the portfolio, but the acquisition transformed its sales organisation.

“The speed boat took over the aircraft carrier” – Mark Musselman

Dali Rajic, the CRO of AppDynamics, grew the business from $400m to $3.7Bn in 4.5 years to be acquired by Cisco just days before a proposed IPO. MEDDIC, value-based selling and the ICCE criteria for recruitment are core principles inspired by his time at BMC. This was not an outlier, Cedric Pech, Adam Aarons, Luca Lazaron, Brian Blond and Anthony Paladino have achieved similar trajectories at companies such as MongoDB, Okta, Snowflake, Sprinklr, ThoughtSpot and Splunk. The 33 have taken leadership positions at around 76 companies, all of which have sales leaders, board executives and investors that are engrained in the playbook from the BladeLogic/BMC legacy. Most of them have seen tremendous growth beyond the predictions of market analysts.

By the late 90’s, John McMahon had developed a playbook which has become the blueprint for selling with parallel precision to the CAD software they were selling to their clients. The Parametric Technology Corporation had mastered the MEDDIC sales methodology and value-based selling was entrenched into every facet of the business. The growth was significant. This proved to be the case study that now underpins the common approach of every company led by the BladeLogic executives. BladeLogic was not the origin; it was the reunion. When Dev Ittycheria was appointed as CEO of BladeLogic, he swiftly moved to bring John in as his sales leader. John got to work in getting the band back together. The second iteration was even more tuned and purposeful than the first. A melting pot of competitive excellence and an enviable culture of success.

John McMahons recruitment strategy was ahead of its time. He did not care much for experience. Many say that John McMahon had an eye to spot talent better than anyone else. He hired athletes, with the right level of education and taught them the playbook. They had to be smart, they had to be competitive and they had to want to learn. Coupled with zero tolerance for failure, John McMahon, known as the Ice Man, was shaping his cadets into the sales marine core ready to take on the world. The effects were staggering. The potential culminated in perpetual growth and this recruitment policy is the key stone of the John McMahon playbook.

“You have to be super competitive, super driven and super smart” – Brian Blond

MEDDIC is now common in most B2B sales led organisations. It can be perceived as a high KPI environment, with rigid parameters at the detriment of artistic flair. Iterations of MEDDIC are a key component of the John McMahon playbook and the demands can be unrelenting. However, MEDDIC alone is not enough. MEDDIC provides the rule of the game but the players require the right attributes to be successful. What is profound about the 33 CxOs is that they are all so different and yet have such similar attributes. The progressive recruitment philosophy allows for a surprising amount of diversity. CROs such as Dali Rajic are now seeking evidence of success outside of work which creates unparalleled opportunities for people from all walks of life.

Why I should learn this playbook

The 33 CxOs scale business big and they scale them fast but what defines them is how they nurture raw talent and indoctrinate it into a proven method of success. Their businesses are a conveyor belt of success stories. The legacy of John McMahon goes beyond the 33 CxOs. The 33 are now establishing a legacy of their own and nurturing the future sales leaders of the world and driving the unicorns of tomorrow.

Hunters and Unicorns have produced a special edition series called The 33 CxOs with special guests from the 33 revealing their playbook as they take us on a journey into their past. They give a unique account of a truly remarkable story. Watch the vodcast to discover for yourself how the hunters are making the unicorn.