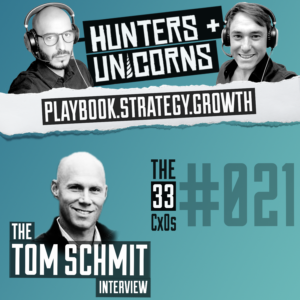 “How do we activate people’s greatness? That’s what it’s all about. So many have it inside of them, but it hasn’t come out. It’s our job to develop the hell out of them and truly make them great. They signed up, they took a chance, now what are we going to do to make them great? If you focus on that and have the playbook in place – that’s how you make something magical.” – Tom Schmit

Episode 21 features Tom Schmit, Chief Revenue Officer at AuditBoard. Schmit is a SaaS master with extensive leadership experience in customer acquisition and retention at fast-growing enterprise software companies. Prior to AuditBoard, Tom served as Chief Revenue Officer for AppDynamics where he led and scaled a global team of over one thousand people and was instrumental in driving annual recurring revenue growth from less than $50M to more than $500M. Before his tenure at AppDynamics, Tom rose through BMC’s sales leadership ranks over 5 years post the acquisition of BladeLogic, where he was originally introduced to the art and science of enterprise platform sales. In January 2021, Tom “followed his passion” and joined the executive team at AuditBoard to help scale and unlock the full potential of their customer-first sales approach. Building on an already successful model, Tom intends to drive evolution as the platform’s products and solutions continue to expand, using his expertise to enhance customer value and relationships and create a “legendary” company.

“What is your why? It’s amazing what you can get out when you lead with that – you build this relationship with your team where it’s so much bigger than just the deal and everything that we talk about in the playbook which is really critical, but now there’s this emotional attachment that when they’re having success, it’s based on something bigger than that. If you don’t have that connection, I think you’re a dying breed as a leader. I don’t think it matters what playbook you have.”

Schmit’s natural sales ability was apparent before he joined BladeLogic but John McMahon’s commitment to the development of his teams, training and MEDDIC gave Tom the compass he needed to understand why he had been so successful in the past and how to develop his skills to transition into leadership roles. Tom became a student of the sales process and learnt how to build top-performing teams by focussing on recruitment and development— critical capabilities required for his future positions leading world-class enterprise sales organizations through rapid growth.

“It’s more than just accepting who you are, it’s finding your own style and your own way to inspire and develop. Be authentic, be real, be vulnerable. It’s not about being perfect, just truly own it. I think that’s so critical especially in today’s day and age. People don’t have time for bullshit.”

Tom Schmit is a builder of top-performing teams. His reputation for generating strong sustained revenue growth while scaling teams is a testament to the unique energy he brings to leadership which is fuelled by his passion for recruiting talented individuals, developing them and witnessing their success. We discuss the highs and lows of Tom’s experiences in this fast-paced industry and find out what key ingredients are required in this day and age to build a unicorn. This insightful discussion is essential listening for those with an interest in sales strategy, as well as anyone with a passion for the technology space. 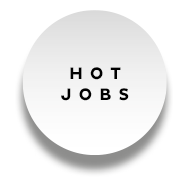