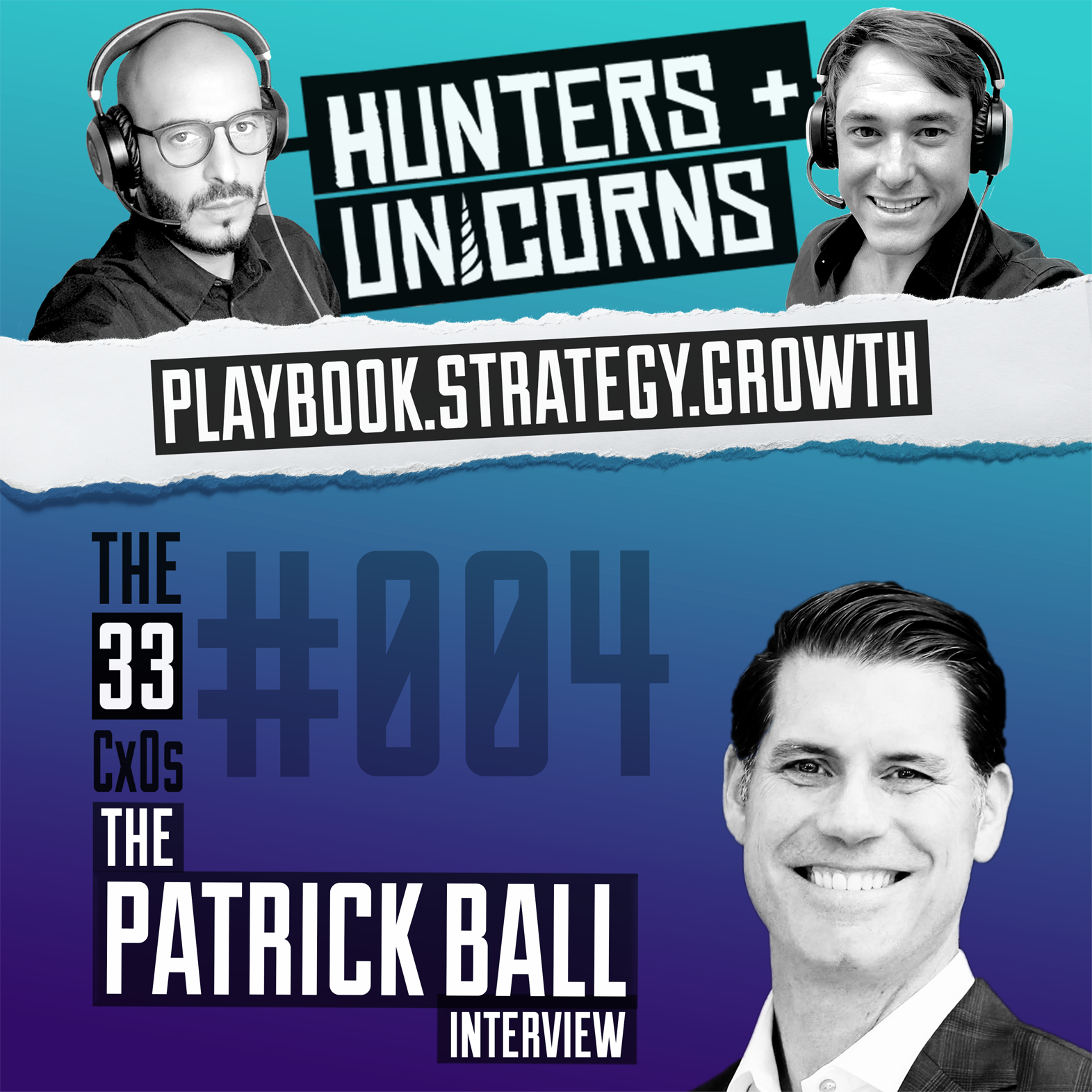 #004 Patrick Ball – The DNA of a Winning Sales Team

“I think leaders are leaders. I think a lot of that is just innate. If I took Bob Ladouceur and put him in charge of BladeLogic sales, would he have been successful? I 100% agree with that. If I took McMahon and put him in as a high school football coach, I 100% think he would be as successful.”  – Patrick Ball

Episode 4 features Patrick Ball, Chief Revenue Officer at Privitar. After initially embarking on a career in commercial real estate, Patrick was drawn to the activity and potential upside of software sales. Starting out as a junior sales rep, Patrick’s competitive nature made him the perfect fit for this aggressive sales environment and he quickly rose through the ranks to hold sales leadership positions at BMC and Moxie Software. From there, he went on to lead sales for the Western Region at Cloudera, scaling the organisation 5X during his four years with the company and more recently, he served as SVP of Worldwide Sales at NextLabs. With 22 years of experience and three IPOs under his belt, few careers have seen the success and progression of Patrick’s.

“I’m a builder. Privitar’s my seventh start-up. I’ve been fortunate to have been through three IPOs so I’ve seen it before, that’s what I enjoy doing. I got bored at BMC, when it’s a two, three-billion-dollar company, it’s too big, I want to have more of an influence.”

Patrick thrives in an environment where he can implement change and develop, that is intrinsic to his DNA, but when it comes to his leadership methods, he gives credit to two key mentors: Bob Ladouceur (his high school football coach) and John McMahon. The combination of competitive sports training and methodological sales strategies has enabled Patrick to become an expert in his field and create his own playbook for success centred around building and scaling sales organizations. His goal is to create a seamless revenue machine and take his organisation to the next level by recruiting top-notch account executives and coachable sales development reps. Recruiting the right SDRs who have the potential to excel in their role and later transition into a closing role sets up any sales organization for scale. Patrick continually invests in his team’s development to ensure short, medium, and long-term success.

“MEDDIC is an over-used term now but it’s still fundamental to my playbook. I’ve tried to take things to the next level. Recruitment is number one. I see the SDR team as my future stars, that’s my farm league to go be field reps, and if I’m doing my job right, training and growing, I can segment that market and build capacity within my field team and I’ve trained them, it’s not coming from the outside.

Having worked with the elite of elite in this industry, Patrick knows what it takes to build a winning sales team and uses his experiences to shape his own teams in a unique way. He started his career at entry level but had the raw materials needed to climb the ladder of SaaS Sales with the help of some exceptional mentors. Now, as a mentor himself, he leads from accountability and bases his recruitment model on a new approach to SDRs, transforming what was traditionally a tactical support role into a far more capable and strategic resource that is crucial to the growth of his companies.

This extensive discussion is essential listening for those with an interest in MEDDIC sales strategy, sales recruitment as well as anyone with a passion for the technology sales space.