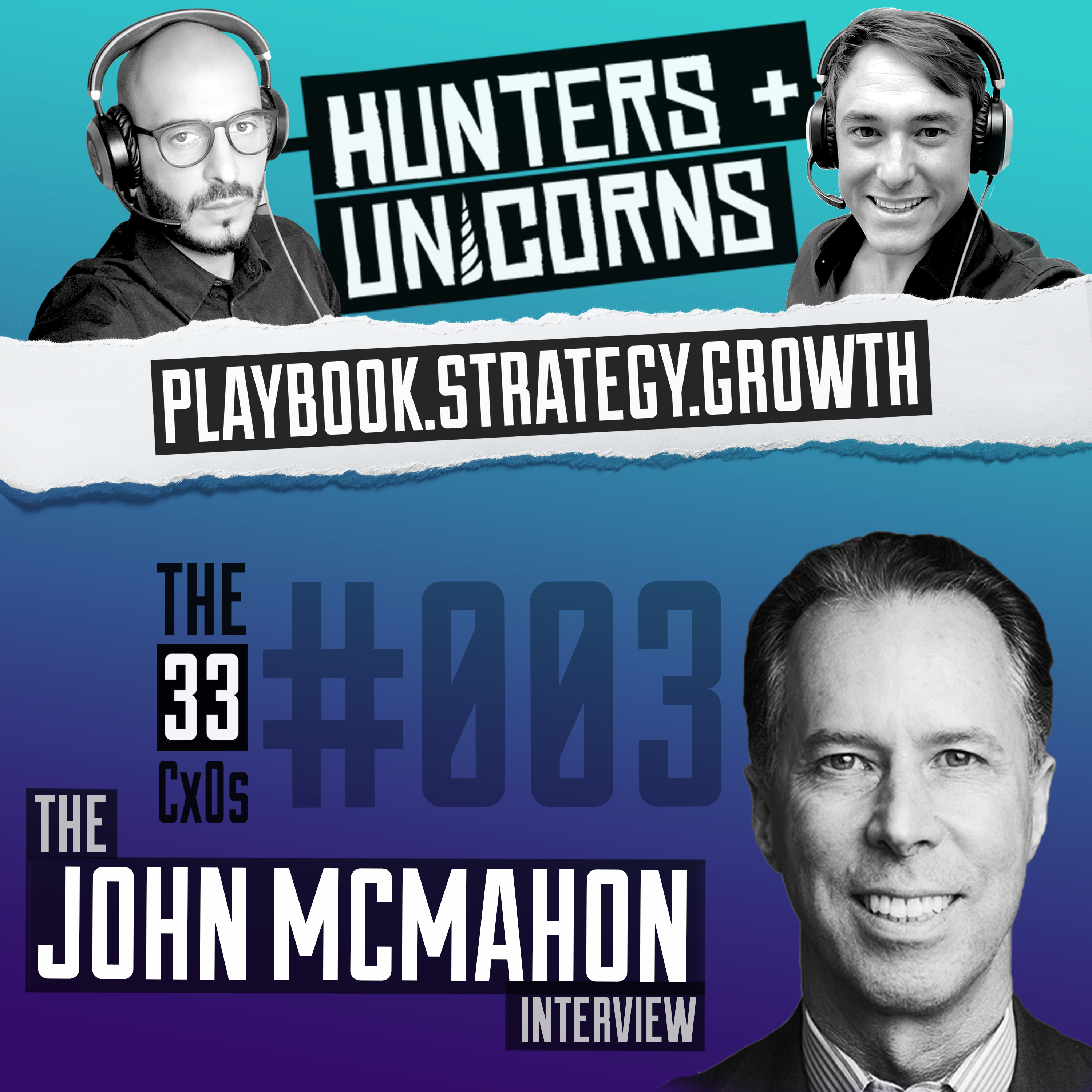 Episode 3 features software sales royalty and the legend behind the playbook, John McMahon himself. Currently sitting on the board of directors for software unicorns including Snowflake and Cybereason, John is most recognised for his disciplined approach as a sales leader, running hugely successful global sales teams throughout his career including, GeoTel, BladeLogic, BMC and PTC, which he scaled from $100M to $1B in revenue.

“I knew what the playbook should be, so if you didn’t like my playbook, you could ask me to leave. You have to have the confidence to know that what you’re doing is right and it’s in the best interest of not just me, but the people that came over from BladeLogic and the people at BMC that want to grow and get promoted and make money and be somebody.”

As one of the most prominent leaders in all of enterprise software sales, John is not only a sales master, he is a guy that people would “run through a wall for,” a mentor dedicated to propelling the careers of his people, enabling them to win and creating a culture of pride and accomplishment for his teams.

“I think you have to believe that if you want to get what you want, you have to help everybody else get what they want and you have to have their best interests at heart. When you can help people get to the next level and they step up because you saw something in them that they didn’t see in themselves, they’re not going anywhere.”

John McMahon is the co-creator of MEDDIC and knows how to lead world-class sales teams. He talks us through how to use number-driven sales strategies to scale and develop organisations as we discuss his commitment to the playbook and his dedication to the success of others as key contributors to his legacy as one of the most successful and influential people in the software industry.

This extensive discussion is essential listening for those with an interest in sales strategy, as well as anyone with a passion for the technology sales space.